Sunset SAVOR the Central Coast is definitely on that list. 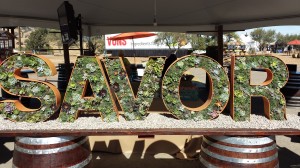 Held annually, with the Main Event at the Santa Margarita Ranch just outside of San Luis Obispo, the event brings together 50 Central Coast wineries ranging from Santa Barbara County to the South to Monterey County to the North, along with a host of food purveyors and lifestyle vendors. In addition, there are multiple chef and winemaker seminars so you can really learn about the wineries and food of the Central Coast, while enjoying the best of what the Central Coast has to offer.

This year’s event took place the last weekend of September. It actually started Thursday morning, September 26th, with special events taking place off the Main Event’s grounds throughout the weekend.

The Main Event took place Saturday, September 28th and September 29th. One-day tickets cost $85, with a two-day pass going for $150.  I highly recommend going for the two-day pass. It makes for a much more leisurely weekend, and there is no way that you could hope to spend a weekend tasting even a fraction of the wine and food offered if you tried to do it on your own, so the $150 is quite a bargain.

The seminars taking place during the main event are at an additional charge of $25, but they are well worth it.

Journey Through the Paso Robles Terroir

Explore the Great Wine Roads of the West

Wine Beyond the Oak Barrel

Unique Whites of the Central Coast

What Stem is Right for You?

We attended the “Unique Whites of the Central Coast” seminar, which was a panel discussion moderated by Sara Schneider, Wine Editor of Sunset Magazine. The panelists were: 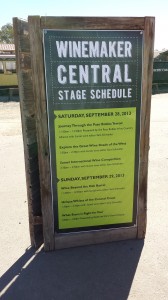 Our education consisted of discussions about the following wines, tasting samples of which were also waiting for us at our seats when we entered:

While you may have some of the above, I doubt if you’ve tried them all. Lots of fun and a refreshing break as well!

Inside the Sunset Test Kitchen with Margo True

Battle of the Bay

Seminars were well-attended – some sold out. I think the first to sell out were Michael Voltaggio’s seminars, and not surprisingly. Michael is well known as a great chef, and if you are familiar with the television show Top Chef, you know that a few years ago he beat out his brother Bryan, as well as Kevin Gillespie, in the finale of what I still consider to be the best season of that show so far.

We had the pleasure of attending two media panels that involved Michael Voltaggio. The first one included chef Nathan Lyon and was moderated by Peggy Northrop, Sunset Editor-in-Chief. The second included Marcela Valladolid [from the Food Network] and Jeff Anderson (Vons Executive Chef) – this session was moderated by Margo True, Sunset Food Editor. 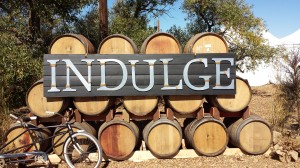 The overriding message that I got from the panels was that the food was the message. Michael Voltaggio said that the move was away from “hyper-food”, manipulating the food for presentation purposes, and letting the food speak for itself.

And the various food items offered really did speak for themselves. Some of what we tried and loved were offerings from:

But, lest you think the event was all about the food, we here at Eve’s Wine 101 are about the wine, so let me give you a list of the wineries we were most impressed with (admittedly, even in two days, we did not taste everything):

The above wineries, along with a lot more, were in the area labeled the Marketplace.  There was also another section, called the Central Coast Pavilion, which included not only additional food items to sample, but wineries that had recently won awards at the Sunset International Wine Competition.

It was here that I had possibly my favorite food of the day – oysters being shucked and just ready to be grabbed and slurped – as well as two big winery surprises:

Almond Hill Vineyard, a very small producer with an absolutely delicious Syrah and Cardella Winery, based in the San Joaquin Valley, with a terrific Syrah and Barbera.

But, as I said, most of the wine was out in the Marketplace. While I already mentioned my favorites, there are a few things that really stood out for me.

First of all, it was great to connect with Mike Sinor of Ancient Peaks. I hadn’t seen him in quite some time.

Second, I finally met the owners of Castoro Cellars, Niels and Bimmer Udsen. Castoro was the first winery we ever visited in Paso Robles twenty years ago, but we had never met the owners of this pioneering winery that doesn’t get nearly enough attention these days.

And, third, write this down: Rob Murray Vineyards! Awesome wines, with admittedly really cool labels. I especially loved their amor fati Syrah and Grenache. I always consider an event a success when I can find a new winery that knocks me out, and this one did – and they are available at Whole Foods.

All in all, an outstanding event. Get on their mailing list so you don’t miss out next year.