At this year’s Wine Classic, where once again wine chair Jeff Jacobson enlisted unheard of donations from the finest private cellars in Santa Clarita, my husband Eddie and I met Steve and Amy Elzer.  A business card (mine) was extended, and in return, an invite (theirs) to see a cellar.  (If you can’t wait to see what your retail shops are offering from their cellars scroll to the bottom.) 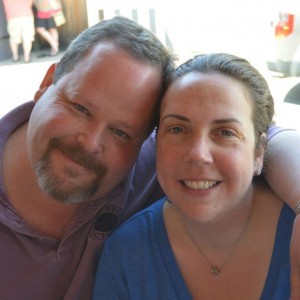 Steve and Amy have built a home for their two children in the hills of Valencia.  Lured by the schools; they packed up their belongings in West LA and embraced Santa Clarita living.  The house they chose had one fault: a patio door with a view right into their neighbor’s dining room.  Instead of looking 30 feet into their neighbor’s home, Amy thought the small alcove created by the enclosed patio space was the perfect size to build a wine cellar for Steve’s growing collection.

But before we put on a sweater to pass through the glass doors of the custom-built temperature-controlled cellar; we linger for a moment in the large sunny kitchen.  Amy has set out a few pairing foods including cheese, crackers, deli meats and nuts while Steve, though unasked but his guests were thrilled nonetheless, had also laid out a couple of…items.

“2004 Corra Napa Cabernet is just one of the wines that Celia Welch, a ‘gun for hire’ winemaker, is known for and this is her personal label,” Steve explains. “This 100% Cab, like some of her others wines, is primarily available to mailing list subscribers.  (http://www.corrawines.com/wines.html)

Celia has been making great wine for years, but she really started getting a ton of press and a lot of attention after the debut of Scarecrow, a wine she also makes. Robert Parker gave that wine a 98 point score – what I think was the highest score ever for a debut vintage of a new wine project. No matter how long you have been creating wonderful wines, when you get a commanding score like that, a winemaker can go from ‘Zero to Hero’ virtually overnight.”

(Boutique wineries that only can produce a very limited number of cases, whether high or low-priced, use subscriber mailing lists and restaurant orders, to sell their wine.  And, like waiting for a box seat at the Hollywood Bowl, the only way to ‘move up the list’ would normally be for someone to…well…move off the list.  But, with the current recession, more spots are opening to the interested consumers.)

“I’ve learned to base my wine collecting choices on several factors. There was a time when I would chase high scoring wines and I would open them and they would not appeal to me. I am looking for quality wines that are not necessarily available at a local wine shop.  With the Corra, I was following a winemaker I respect. Over the years, she has made wines for Staglin, DR Stephens, Cornerstone, Hollywood & Vine, and Keever, which I poured at the wine classic and people really loved. But it was the Scarecrow that really put Celia on the map,” Steve said.

“Scarecrow is one of the new true cult wines emerging out of Napa. It’s a special wine with special fruit. The vines were planted in the 40’s when the property was owned by J.J. Cohn, a legendary Hollywood executive who was involved in the production of The Wizard of Oz. J.J.’s grandson now owns the property and the name Scarecrow is a tribute to his late grandfather.  They only produce between 700-800 cases, which is a very small production.  (http://www.scarecrowwine.com/content/site.html )”

“I like to follow winemakers or great wine estates, but other ways to follow wine trends that I use are the online discussion groups on wine web sites like the (Robert) Parker Board, (http://www.erobertparker.com/info/boardintro.asp) wineberserkers.com, and West Coast Wine Network. I also will pay close attention to what producers are using fruit from vineyards I love, and sometimes I even follow the vineyard managers. There are people like David Abreu who are meticulous at farming and getting the best out of what the land can offer. I also like controversial winemakers who are making challenging wines: guys like Abe Schoener at Scholium Project. I poured one of his wines at the Classic and a lot of people really liked what he was doing with the wine,” said Elzer.

“People who are into wine on a serious level are either Hedonists or Analysts, meaning they are very cerebral…Sometimes over thinking wine and over analyzing the pleasure in the glass can get a little intense and off-putting, not to mention intimidating.  I’m somewhere between a Hedonist and an Analyst.  I’m comfortable with my palate, which has been gravitating more and more towards European wines.”

Elzer, who is a member of  a tasting group that meets in Los Angeles once a month for the last 4 years, has made a number of wine friends since he began collecting in the early 1990s.  One of the highlights of his wine social life was the night he hosted a special dinner at his home in Valencia where he and his guests tasted every vintage of Harlan ever produced. http://www.gangofpour.com/traub/2007/excess/index.html

“I had a small party, 12 guests, people I had met from my wine tasting group or through the Parker Board; Somehow Charles Banks, the former owner of Screaming Eagle, found out about what we were doing and he decided to join us. When that happened the night went from being just Harlan wines to a ‘cult cab-a-thon’ with something like 46 wines in all. These wines were the true ‘blue-chip’ estates of California and it was the most extraordinary night I could have ever imagined. It’s not a party unless someone is leaving tipsy in at toga and that is pretty much how the evening ended. Literally, with an art dealer friend of mine jumping into a toga and heading off in a cab!”

While Amy does not pretend to follow wines as closely as her husband, she has been completely supportive of and encourages his passion.  “Steve is a true student of wine. He is an encyclopedia of knowledge when it comes to this stuff and he helps me navigate.  Having wine with him enhances, or distracts, from life’s little moments.”

Not too much distraction for us – as Steve then opened a 2000 Chateau Monbousquet Grand Cru Bordeaux.  A nice segue from our Corra California Cabernet, with the expected older nose and perfect mouthfeel, we were thrilled with the lingering flavors of all that our day had brought.

I didn’t bring a notepad into the cellar.  I wedged myself in there only to see every wine I’ve ever loved, and, every wine we’ve ever heard about. A lovely room, with wine racked on 3 walls, some still nestled in their wooden boxes in every corner, splits stacked up against a mirrored wall…we were in awe.

I found myself patting each with my hand as I recognized old friends and sought out new ones: Sine Qua Non, Lafite Rothschild, Chateau Latour, Ausone, Colgin, Pride Cabernet, Joseph Phelps Insignia, Robert Mondavi, Harlan, Screaming Eagle, Dalla Valle Maya, Peter Michael, Switchback Ridge, Chateau Y’quem, Lynch Bages, Angelus, Pinchon Longueville, Gaja, and Sassicaia,, to name a few.  Steve says “these are not trophies to me: they are meant to be opened and shared.” For everyday drinking pleasure, he will pop a cork on go-to labels like Kuleto, Beringer, Kosta Browne, Seasmoke, or a Bordeaux like Goulee.

Nestled in the back of the cellar is one of the first bottles he ever purchased, the Goosecross Aeros. It was at Goosecross Cellars where Steve first caught the wine bug. “I will never open that bottle. I doubt it’s still any good and it’s just a sentimental favorite.”

Elzer, who is a motion picture executive, regularly donates prized bottles from his collection to raise needed money for local charities, such as the Wine Classic, the Cal Arts Wine & Art Auction, and Neighborhood Legal Services of Los Angeles, to name a few. He is currently in the early stages of planning a wine event to benefit the Santa Clarita Valley Youth Project where he serves on the agency’s Board of Directors. “I want to take what I did with the Harlan/Screaming Eagle wine dinner and build on that idea for a fundraiser to benefit the SCV Youth Project, a critical youth services organization that helps so many kids and families here in our Valley. If I can pull off anything close to what I have in my head, it will truly be a night to remember.”