Culver City, CA: With the exciting announcement of Executive Chef Brendan Collins and Chef de Cuisine Ali Haji taking over the kitchen at The Corner Door, the Culver City mainstay has undergone a culinary transformation with its new dining menu, highlighting the ever changing flavors of the season. From the opening of The Corner Door just three years ago, Bar Manager and cocktail aficionado Beau du Bois has set high standards, creating intriguing seasonal cocktail menus that have consistently rivaled the best in the city. Now du Bois raises the bar (and his own high standards) again with his Spring Drinks Menu that will be available for just a limited amount of time!

Recognized as one of Zagat Los Angeles’ 30 Under 30 in 2011 and ranked as one of America’s 25 Best Bartenders by the Daily Meal in 2012 (du Bois was #12), du Bois possesses the talent, creativity and know-how without the expected arrogance. Genuinely modest, you will always find him behind the bar mastering his craft alongside his team on their own “little island of cocktail creativity,” where he can mix new drinks and actually witness guests reaction to them.

“I always try to explore and break the boundaries of cocktail culture. With a great team in the kitchen and an innovative new dining menu, I am excited to be able to push these boundaries a bit further,” says du Bois. 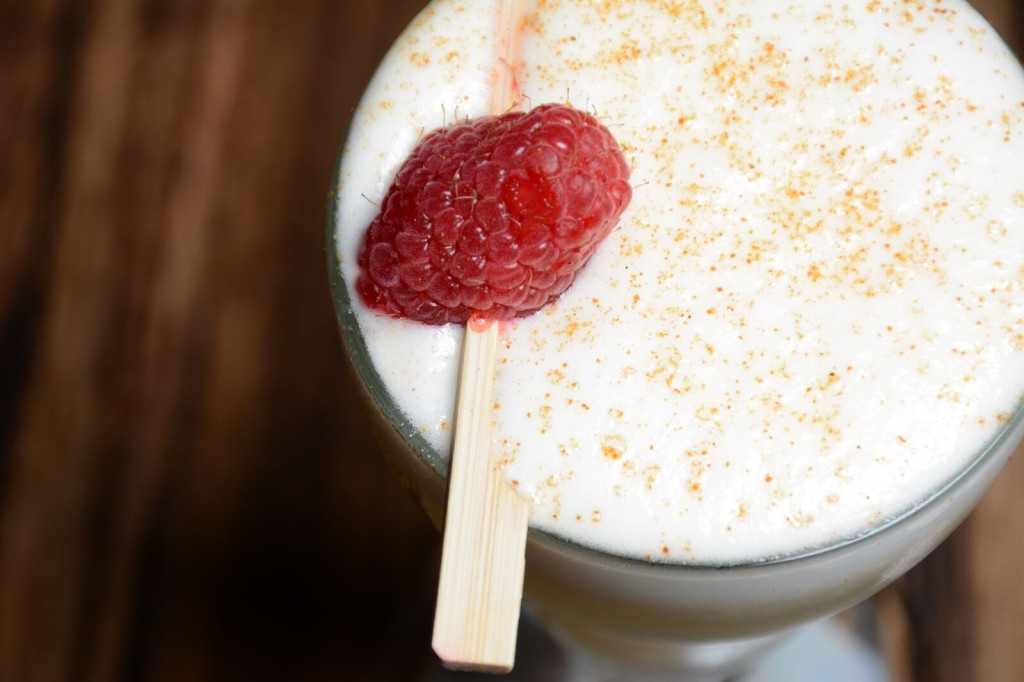 Pushing that culture forward is a cocktail list comprised of three sections: six Shaken, six Stirred and two Classics. One of the more culinary-minded new cocktails on du Bois’ list could be found in the Shaken section of the menu: the Three Way. A Spring flavor combination of tamarind and citrus, the drink calls for jalapeño-infused tequila, house-made raspberry and tamarind cordial, lime and egg white. “This particular cocktail may be foregoing super cocktail ethos,” says du Bois. (That is to say, the libation is spicy!) “We throw up the challenge flag on this drink and give it a strong 8 or 9 out of 10 when it comes to spicy, which is truly what the neighborhood wants. Guests always come first in our eyes and this cocktail is a perfect example of that.”

A visually stunning head turner, the refreshing Topless Mermaid, is the first vodka cocktail du Bois has put on the menu in a long time (besides his crafty Moscow Mule On Tap made from scratch and carbonated in-house). This tropical combo of vodka, pineapple, lime, banana-infused rose and blue curacao tastes as delicious as it looks, and as du Bois puts it, “the only thing better than a mermaid, is a topless mermaid.”

A clever gin concoction created as a special for the Emmy Awards and left on the menu due to its popularity, is the Jesse Pink Gin, named in honor of Aaron Paul who was nominated for his star-making turn as Jesse Pinkman on Breaking Bad. The backbone of the drink is gin and Angostura Bitters, with “a little whiff” of coconut liqueur, orgeat and lime to balance out the flavor and bring out the tiki essence.

Rounding out the Shaken section of the menu are satisfying staples like the Miner Incident, with dry fruit notes apricot liqueur and lemon mixed with bourbon and habanero honey, the House French 75 with gin, Lillet Rose, lemon, sugar, peach bitters and finished with sparkling wine, as well as the smoky Mezcallin crafted with mezcal, lemon, ginger and pineapple gomme.

Moving into the Stirred section of The Corner Door beverage menu, guests can find drinks that are imaginative and multifaceted. The perfect paradigm of complexity is a last-minute addition crafted by du Bois: the Death Row Cocktail. He came up with the drink after someone asked what he would order if he could only have one last cocktail. “I would want a complex cocktail with a lot of layers,” du Bois says. And the Death Row Cocktail delivers, with two types of rum, kaffir lime and coconut-infused Campari, sweet vermouth and Aztec chocolate bitters. “It is a very niche cocktail, not for everybody. After just one sip, the flavor constantly changes as it lingers, allowing you to experience all the ingredients of the cocktail in an incredible way.”

There are old favorites too, including the Taco Truck, a mezcal-based Negroni variation with pineapple and cinnamon-infused Campari, a toasty Barrel-Aged Old Fashioned that is arguably the best in town and the Lumberjack Liquor Cabinet composed of bourbon, apple brandy, maple syrup and cinnamon smoke. This section also highlights Benedictine in the form of two very different cocktails: the Louisiana Regular with rye, Benedictine, grapefruit cordial, Peychaud’s bitters and absinthe, as well as the Bitter Giuseppe with bourbon, blended scotch, Cynar and Benedictine. 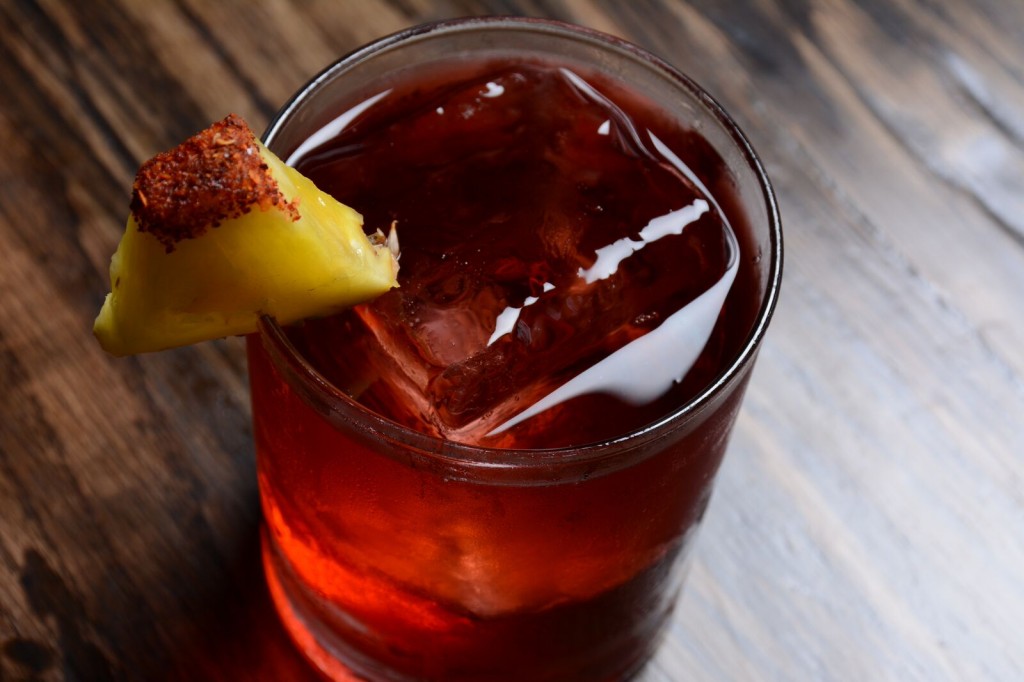 Two old school throwbacks emerge in the Classics section: the Billionaire made with bourbon, lemon, grenadine and absinthe, as well as the Daiquiri with silver rum, sugar and lime.

The Corner Door’s drink menu has plenty of beer and wine offerings that also reflect the same versatility as the cocktail list. There are thirteen Wines by the glass or the bottle including the bright and refreshing Damana Verdejo, 2012 from Rueda, Spain to the more aromatic and earthy Martin Ray Pinot Noir, 2013 from Russian River, California. Seven Draught Beers, all but one brewed in California, run the spectrum from light and bubbly—Black Market Bavarian Hefeweizen from Temecula—to rich and hearty—Bear Republic Big Bear Black Stout from Healdsburg. The Bottle/Can Beer list also features unique brews like the Rogue Dead Guy Ale, Maui Brewing Coconut Porter and Unibroue La Fin du Monde.

With Beau du Bois and his team behind the bar at The Corner Door, there will always be something for boozy beginners to enjoy, as well as something special for hardcore cocktail enthusiasts to seek out and explore. In a few short weeks, du Bois will be introducing his new Summer Drinks Menu, so stop by soon and break some boundaries… before this exciting limited time Spring Drinks Menu officially ends!