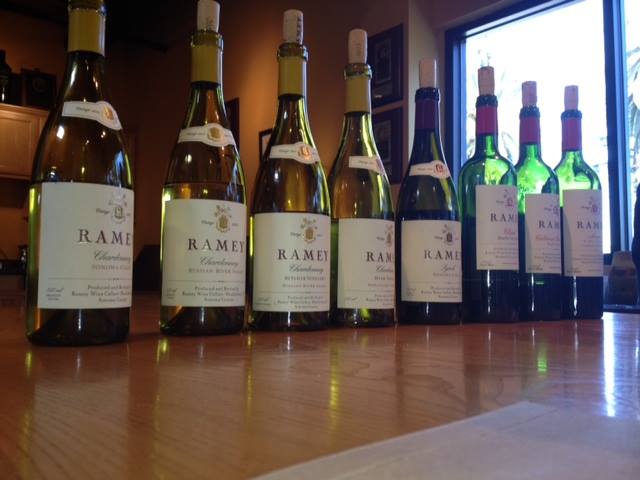 David Ramey, winemaker and proprietor, shoveled his first grapes in 1978, after attending UC Santa Cruz and then later to Davis for a masters in enology. Ramey’s first harvests were in Sonoma in ‘78 and France in ‘79 at Jean-Pierre Moueix. (Petrus was one the wineries also managed by Moueix.) Ramey came back in ‘80 and then spent the next 22 years at Simi, Matanzas Creek, Château Petrus again, Chalk Hill, Dominus and Rudd.

In ‘96 Ramey had the opportunity to make his own wine, a Chardonnay from Hyde Vineyard.  Once his wife agreed, he made 260 cases in his first vintage. Today Ramey has released the 2011 from the exact same vineyard. Ramey Wine Cellars makes 40,000 cases, in what Ramey calls a “large small winery.” Co-owned with his wife, Ramey has no partners or investors.

Ramey told us that he purchased a vineyard with an old “Hop Kiln” on the property.  He plans on converting the hop kiln into a tasting room and building caves for a winery.  The property sits along the Russian River and is called Westside Farms.  It has 42 acres planted to Chardonnay and Pinot Noir.   He is working on the permitting process now and would like to complete the project by 2017.

In 1987 at Matanzas Creek Winery, Ramey was one of the first winemakers in California to whole cluster press Chardonnay grapes, and he is considered a legend in the industry. His Chardonnays are made in a French Burgundian style and flavor, and he goes for more “lift” with California ripening grapes.  None of the wines are filtered; they are fined using traditional French methods.

Communications Director Alexandra O’Gorman led us through a tasting of four whites and four reds.

(Aroma and flavor notes separated by 😉

The only one that was cloudy, definitely due to being unfiltered; oak, butter, crisp apple; tart apples, white pepper, nice bite with a long acidic finish.  Like a Sauvignon Blanc with some oak notes.

Balanced fruit and spice on the nose, including cherry, menthol; great dark drying fruit, not too peppery, ready to drink.

*As far as any issues caused by the drought, in 2014 Ramey received 20% more fruit than anticipated. 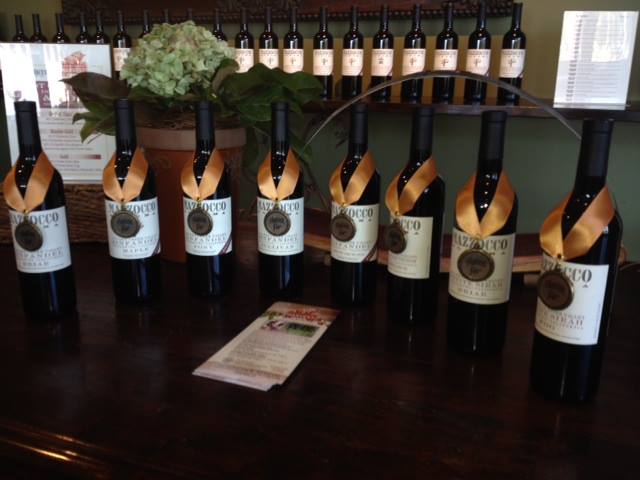 Touring the outdoor winery with our charming winemaker, Antoine Favero, proved to be a hoot! Favero’s wit and charm got me past any fear of climbing stair after to stair to get a view of sweet bubbling fermenting grape juice, the local Sonoma airport and piles of reusable grape compost. We also tasted sun-sweetened Cabernet grapes in their clusters fresh from harvest!

Most of the harvested grapes are only fermented via natural yeast according to Favero.  The winery was built in the ‘80s and is one of the rare ones that is all outdoors.  The barrel room didn’t have any electric cooling units; instead the unique ceiling was built to bring in the cool air, and, as an added gift, it was beautiful to look up at.

After my travel pal Claudia Sheridan practiced the art of “punch down” we returned to the tasting room to sample a few award winning wines (see tasting notes below) and later, enjoy a picnic lunch with Favero.

Milk chocolate, cracked green pepper, spicy; Nice balance of fruit and spice, drink now with or without food, just go for it.

The most balanced nose with notes of dust, crushed spices, good and fruity; milk to dark chocolate, incredible balance, smooth – shoot me that is good.  (Favero sent us home with a bottle and an ice chest; this bottle, opened and in the car most of the time, lasted three days and could’ve gone longer.)