In this Part Two story from my Healdsburg trip, today I’ll be sharing a few tastes from Seghesio Family Vineyards and Mauritson Family Winery. 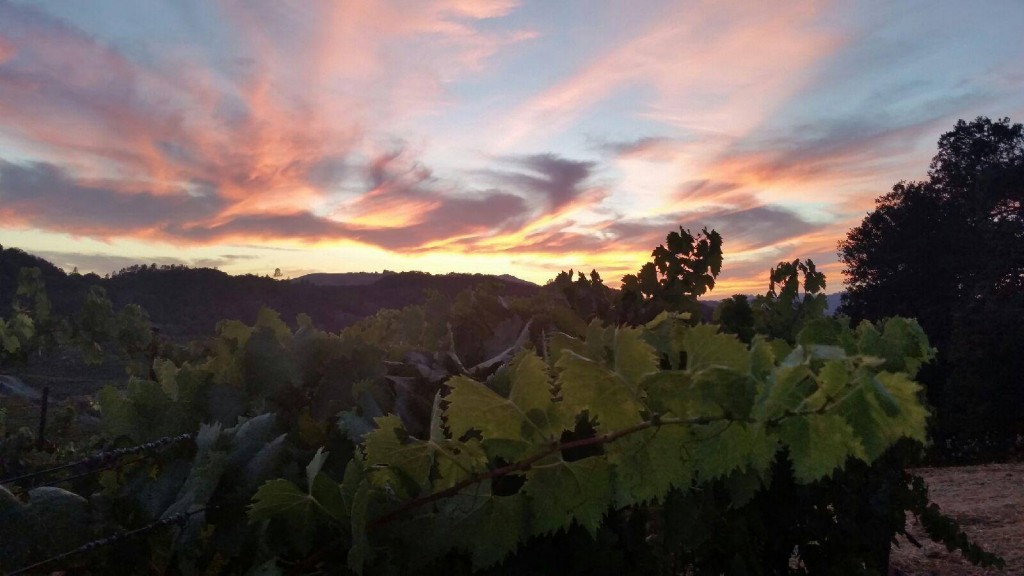 When Edoardo Seghesio came out to California from Italy it was to work for Italian Swiss Colony wines.  He, along with all of the winery workers, was given room and board. Seghesio worked three years before getting paid; and lots of workers at the time took the money they had earned to buy land and grow grapes – which Swiss Colony encouraged.

Seghesio stuck it out for 8 years, as he was a single guy like most of the others.  He became the head winemaker at Swiss Colony before cashing out. He then began to plan to return to Italy to bring a bride to California with him.

The boss didn’t want Seghesio to go back to Italy, as he was afraid he wouldn’t come back.  He warned Seghesio that he would most likely run through his money, lose out on the best land, and his girl at home was probably not waiting around for him anyway. Promising Seghesio that he had marriageable nieces coming for a visit in just two months, Edoardo said yes, and ended up married to the boss’s niece. Seghesio and 16 year-old Angela waited until she was 18 to be married, then in 1895 Edoardo and Angela purchased land from “the Colony” and planted it to Zinfandel – the same Zinfandel used today to make the Home Ranch wine. By 1902, Seghesio built a house and finished his own winery on the Home Ranch.

By 1902, Seghesio built a house and finished his own winery on the Home Ranch. They got cuttings of Sangiovese in 1910. With prohibition they continued working by making wine for churches. They also planted plums during the 14-years of prohibition. The Seghesios bided their time, and were in the bulk wine business for over 80 years.

In 1949, the Seghesio Family bought the current property. They now make wine with mostly Italian grapes*; 90% are Zinfandel. During the tour we noted ginormous redwood barrels that are rumored to be the largest, and possibly the oldest, in Sonoma.

*If you consider Zinfandel to be an Italian grape

(Aromas and flavors separated by 😉

2013 Sonoma County Zinfandel – their workhorse, 2/3 of all the wine they make. Cigarette, nice smoky fruit; easy drinker, with or without food.

Balanced fruit and spice of Petite Sirah and Zinfandel; I liked this blend, nice peppery feel against juicy dark fruits.  My favorite.

Clay Mauritson, a 6th generation winemaker, sells the majority of his winery’s fruit to other wineries, and does about 13,000 cases of his own. The wines are distributed to restaurants mostly, and direct from winery sales.  The popular Rockpile label is all from that designated area, and one of the wine grape growing areas getting a buzz.

In the bright tasting room many guests had cozied up to bar stools – Clay’s father had brought one in for himself one day and realized how comfy it was so he had to bring in more. Carrie Mauritson, Clay’s wife, shared four different soil samples with us depicting the different areas they had chosen for grape growing. The example drove home the different terroir (earth and conditions) making up their wines.

During the tour we met Clay in his laboratory tasting samples.  His energy was palatable for his task at hand, surprising, as they were also knee deep in harvest at the time.

2012 Zinfandel, Dry creek Valley (They make 7 Rockpile zinfandels, this is their signature Zinfandel.)

Smooth chocolaty nose with hints of strawberry, to dark fruit; balanced fruit to pepper to tannin.