This Sunday, November the 8th from 3-6pm, (was) the one place to find many, if not all, members of the Santa Clarita Valley Vintners and Growers Association sharing their wines and knowledge with a very thirsty crowd all to benefit our local Assistance League. We’ll be there, will you have your your tickets in time? (661- 254 -4126 Email: alsc@email.com)

Some of our winemakers have, at press time, this to share about what they will be pouring on Sunday 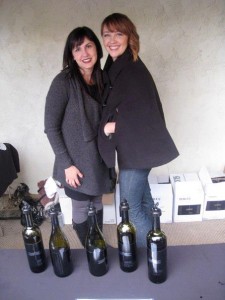 Les Deux Chat, owned by Chris and Patty Connolly, will be pouring a selection of their wines. Tomas & Jenny Lukas will share their 2007 Bobcat Red Syrah, 2008 Bobcat Red Syrah, 2008 Cab Mascari Vineyard and 2008 Luminari Zinfandel. Chris Carpenter will be pouring a 2008 Santa Inez Nebbiolo and 2008 Pinot Noir along with a 2007 “Lost Pruners” Cabernet Sauvignon. DiMaggio Washington will be pouring his Rancho Santiago 2007 Port. Danny Mascari, from his vineyard on Bouquet Canyon Road, Bouquet Vineyard, will be sharing a 2005 Cabernet, 2007 Cabernet, and 2007 Sangiovese.

Joe & Jill Fariss, of “Soaring Hawk”, will be bringing ’07 Merlot, ’07 Zin, ’08 Viogner.  Their beer-master friend, Richard Gayou, will be bringing 2 seasonal beer/ale.  And there will also be bits of brats served by the Assistance League ladies to pair it with!

Roman is also preparing something very special, never seen in these parts of the World: “In my country it is called BURCAK. (pronounced something like this – BOURCHAUG or BURCHYAG) It is simply a wine in the middle of fermentation, poured to taste as it ferments in your glass.

Burčák is supposed to offer great health benefits. Burčák is rich in vitamins, particularly Vitamin B, and certain essential minerals. Burcak is believed by many to possess the life-giving energy of sun and soil – the secret of good health. Local superstition has it that one should drink at least as much of Burcak as how much blood flows in ones veins to ensure good luck until the next harvest.” 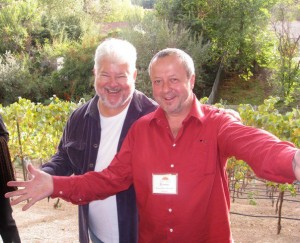 New this year (and it’s only their second year!)

Once again this year a silent auction will include these terrific choices:

A day of sailing out of Marina del Rey aboard Betsy & Kenny Linn’s Benteneau yacht the ‘Alcyone’, includes lunch & wine and delightful hosts.

A fun auction item this year is a dinner served and made by a select group of the winemakers with select wines, as well as some rare bottles from these local winemakers. Their dinners are not to be missed.

Other the gourmet related items to be included: Bottles of 2007 Sea Smoke “Southing” Pinot Noir, a bottle of Pulchella 2007 Paso Robles Syrah, and “The 2005 Wine of the Year”, a 2002 Joseph Phelps “Insignia.”

There will be gourmet raffle items as well. Raffle tickets are 10 for $10 or 25 for $20. Winners will be posted on the blackboard and will be available for pickup when exiting.

From Jeannie Carpenter, President of our Assistance League and co-owner of Compa Vineyards

“I just returned from an Assistance League Conference.  I discovered that other chapters are beginning to copy our “Sunset in the Vineyard” event as a fundraiser too.  I was told it was an honor!

This event helps fund local programs; one such program is Operation School Bell which allows Assistance League to buy new school clothing for over 1,660 SCV children in need at our “Shopping Event at Kohl’s”. One can imagine that the need will be much greater this year!

As a group, the Santa Clarita Valley Vintners and Growers Association, share their acquired knowledge and periodically lend one another a hand with the tasks of pruning, harvesting, bottling and of course, tasting…”