I’ll be heading out to Healdsburg for the first time since 2008 soon, and in planning the trip I looked for wineries that friends had recommended and/or I liked their wines already – but have never visited before. I don’t post when I’m actually away, so this article is a precursor to the fun I will be having…later…and then I will do a post-trip story. 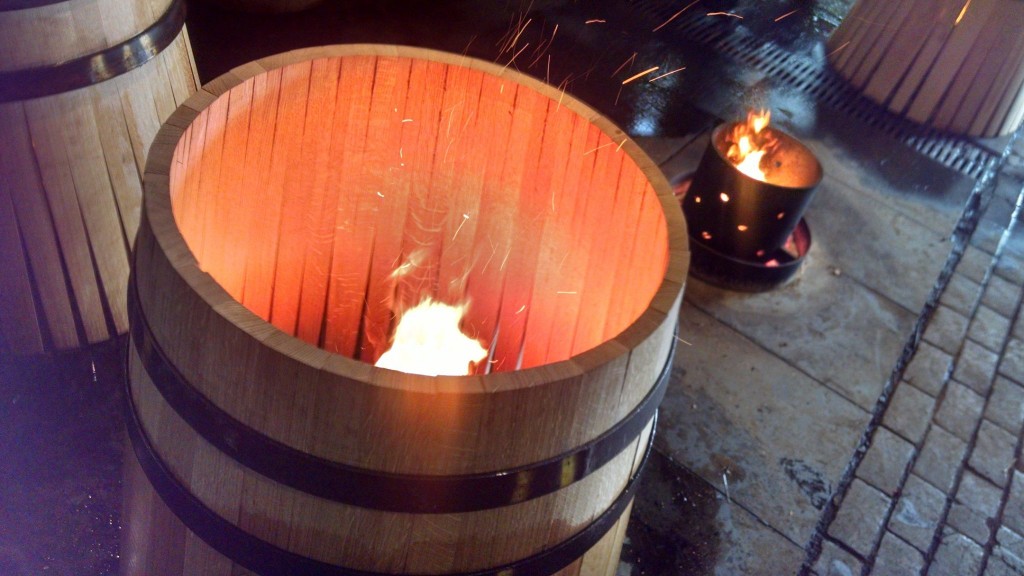 Day One would start with a sit-down tasting at Ramey Wine Cellars in Healdsburg. In perusing their Facebook page I learned that they harvested nearly 60 tons of Napa Cabernet in what might have been “possibly the most condensed harvest in many years…”

They also shared that their 2011 Pedregal Vineyard was given 92 points from Wine Spectator’s James Laube.

Not sure what we will be trying in the tasting room, but I see current wines include Chardonnay, Pinot Noir, Claret, Cabernet Sauvignon, Cabernet Franc and Syrah. Sounds good to me.

Eight minutes down the road we will then be at Mazzocco Sonoma Vineyards and Winery where we will meet and lunch with winemaker Antoine Favero, and then enjoy a private barrel tasting. Their website shows four Wine Spectator award winners for their 2010 Zinfandels: 91 points for Maple, 91 points for Pony Reserve, 91 points for Sullivan and 90 points for Warm Springs.

According to their Facebook page the 2013 Sauvignon Blanc was chosen for the United States Diplomacy Center’s groundbreaking event. Looking forward to trying whatever is offered here.

Next we will venture to visit Seghesio Family Vineyards where we will be checking in at the bar and then meeting with Tony Sciullo, the VIP liaison. Their last Facebook update showed that harvest for them started in late August, “Pinot Grigio was the first to come in, with some Zinfandel from Cloverdale not far behind.”

I became a fan of Seghesio when one of their Zins made Wine Spectator’s wine of the year. Their 2011 Old Vine Zinfandel received 92 points…looking forward to sampling.

The last winery to see on our first day will be Mauritson Family Winery, five minutes away from Seghesio. The winemaker Clay Mauritson, or his wife Carrie, will be hosting our tour and tasting. They show three small children, “future winemakers”, with Clay in several photos of the winery on their Facebook page, I’m hoping we will get a sighting of these cuties!

That will pretty much end our first day. If you have a reasonably priced suggestion for dinner let me know: Eve@EveWine101.com

Leaving Healdsburg, Day Two will begin at Rocca Family Vineyards in Napa Valley. You read about Rocca recently on Eve’s Wine 101 as they had obtained the title of “Napa Valley Organic Winery of The Year.” We will be meeting with Sales Director John Taylor for our tasting. There seems to be plenty of Estate Cabernet Sauvignon, Merlot, Syrah and red blends for us to try! And according to their Facebook page they are currently crushing Merlot.

From Rocca we will probably venture over to Dean and Deluca for lunch supplies and then make a dash for Darioush Winery on Silverado Trail. We have been scheduled for a “Tableside Portfolio Tasting” via concierge Jenna Kennedy.

The Darioush Facebook page reported that they were “safe and sound” after the recent earthquake. Their damage was minimal but they were without power and were closed for one day. Their website promised current releases of Cabernet Sauvignon, Shiraz, Cabernet Franc, Merlot, Pinot Noir, Sauvignon Blanc, Chardonnay, Viognier. Shiraz blend and a late harvest Semillon Sauvignon Blanc.

ZD Wines may be our last trip of this day unless we hit someone up near 4pm…if we have the energy. There are beautiful photos of grape clusters on their Facebook page, as well as a bottle of their 45th anniversary Chardonnay. Besides maybe trying that one, we look forward to sipping their Reserve Chardonnay, Pinot Noir, Cabernet Sauvignon…and more.

Bright and early on Day Three we have a special treat, a tour of the Seguin Moreau Napa Cooperage. There will be no swirling and tasting, but there will be aromas! Hoping to see some toasting, bending and whatever else they have in store for us. Earlier this month they showed a cool photo of a barrel being toasted on their Facebook page.