Over 60 Garagiste winemakers – aka garage winemakers, most of whom don’t have tasting rooms and don’t produce over a certain number of cases annually – would be pouring for the 8th Annual Garagiste Festival in Paso Robles. We’d covered this event in Los Angeles and Paso Robles over the years and oftentimes these wineries would grow – they would have to leave the event to make room for new Garagistes. This turnover meant an influx of new discoveries every year, as well as seeing some winemakers that have remained small and we could then taste their new vintages. 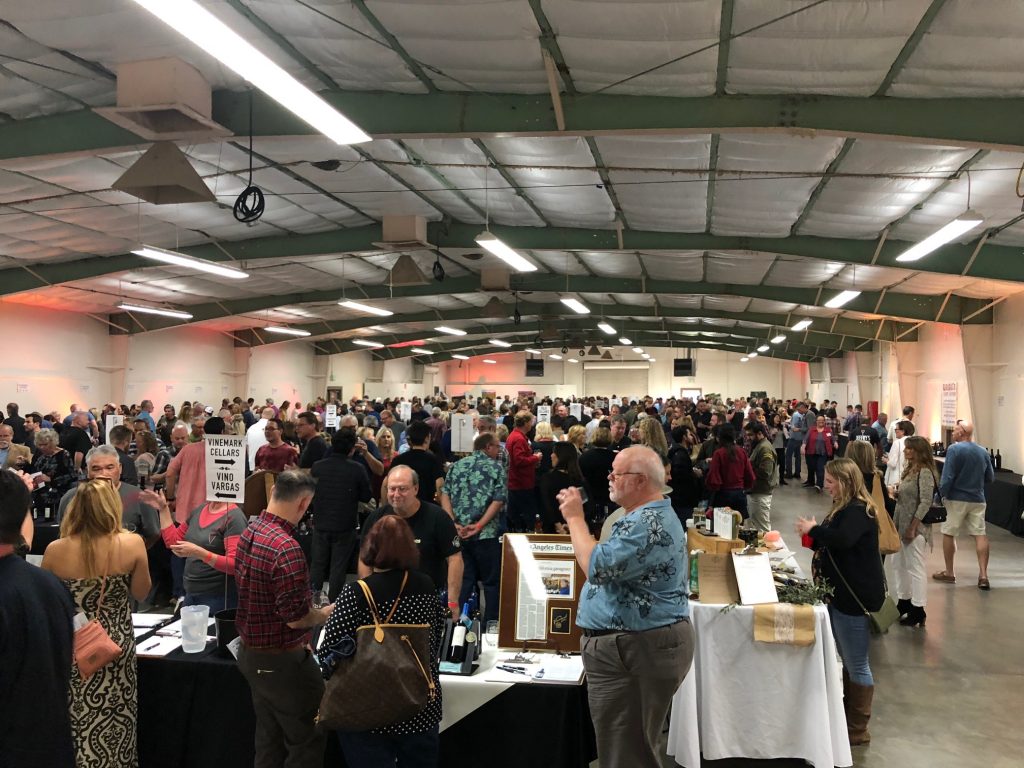 The Garagiste events, co-created by our very own Doug Minnick of Hoi Polloi and the Double Trouble Wine Room on Main in Downtown Newhall, is also the non-profit brainchild of partner Stewart McLennan.

In this two-day Paso event Minnick and McLennan had separated the rare and reserve tasting from the main event by a day. I loved the idea as I usually experience palate fatigue after the first tasting anyway. Combining my notes with day two, the wines of special note have the winery names in bold, with the Rare and Reserves noted as RR in bold as well. And, as is my usual disclaimer, if I missed a winery or a wine it wasn’t due to any distaste but can only be blamed on palate fatigue and/or I had already tasted their lineup at Garagiste Santa Monica earlier this year:

Caliza Winery – We have tasted Carl Bower’s wines off and on over the years at this event, happy to have tried them today as enjoyed: 2015 Azimuth GSM, 2015 Syrah and 2014 “Cohort” blend of Petite Sirah, Mourvedre and Syrah. All wines are from estate vineyards.

Copia Vineyards – RR: 2016 “The Story” blend of Grenache and Syrah.

Diablo Paso – RR: 2014 Tempranillo Gran Reserva. Learned that these were grapes sourced from Napa and had spent 42 months in oak. My second favorite of the rare and reserves.

Dusty Nabor Wines – RR: I’ve liked all of Dusty’s wines at Garagiste, this time it was a 2016 NSO, meaning for “No Special Occasion”, California Red Wine for $19 that was the winner!

Gary Kramer Guitar Cellars* – RR: A barrel sample of Malbec? I hate barrel samples as it’s all oak to me sometimes, this one was nice indeed.

Hoi Polloi Winery – I stopped at the table to say hello, but I have had their wines many times as they have a tasting room five minutes from my home in Santa Clarita.

MCV Wines – RR: 2011 1105 Petite Sirah blend. Also enjoyed to of their 2015 Petite Sirah – one from the Rosewynn Vineyard and the other from the Gemeny Vineyard.

On Your Left Wine Co. – RR: A fellow wine taster sent me here. 2015 Two Wheeler Grenache Mourvedre that hadn’t been released but I thought was ready and a 2014 Single Track Syrah.

Pagter Brothers Winery – Of course I stopped in to say hello, even though the share a tasting room with Hoi Polloi (see my notes above) and was rewarded today with a wine club only pour of their 2016 Petite Sirah. Well done!

Pelletiere Vineyards – RR: 2015 Reserve Sangiovese and 2016 Lagrein (Lagrein is the name of the grape.)

RF Wines – Enjoyed their 2015 Exceed Malbec, 2016 Cabernet Sauvignon and their 2015 Petite Sirah was my favorite at the grand tasting.

Turtle Rock Vineyard – I had enjoyed a wine luncheon highlighting Turtle Rock Vineyards so I was thrilled to try the new 2016 Willow’s Cuvee GSM with a touch of Tempranillo and the 2016 Maturin Rhone Blend from the James Berry Vineyard. (Winemaker Don Burns is the assistant winemaker at Saxum.)