LOS ANGELES, CA  – The Los Angeles Philharmonic Association announced today details of enhancements and menus from Hollywood Bowl Food + Wine for the 2017 season. Building on the success of last summer’s inaugural season with James Beard Award-winning chef Suzanne Goin and business partner restaurateur Caroline Styne of The Lucques Group, and Sodexo Sports & Leisure, Hollywood Bowl Food + Wine promises exceptional dining options for visitors to the iconic venue. Goin and Styne’s culinary history has defined Los Angeles tastes since 1998, when they opened Lucques, their flagship restaurant. At the Hollywood Bowl, their California-inspired menus, which include over 17 concepts, are created by Suzanne Goin in tandem with the exceptional wine and beer programs curated by Caroline Styne. Before being finalized, the dishes meet thorough testing and approval from Goin, Styne, Sodexo Sports & Leisure and the LA Phil. Hollywood Bowl Food + Wine is pleased to welcome back Executive Chef Jeff Rogers to oversee the broad range of dining operations that serve thousands of guests nightly.

This year premieres the newly-built Plaza Marketplace – located in the completely renovated Box Office Plaza – which offers pre-entry shopping for picnics on the grounds. Suzanne Goin’s “grab-and-go” prepared foods will be available along with fresh breads, cheeses, and snacks, complemented by a collection of Caroline Styne’s favorite wines. This location will also be the new pick-up spot for pre-ordered picnic boxes.

Another pre-entry dining option is a new snack bar located on Peppertree Lane, featuring classic concession food including nachos, hot dogs, popcorn, and soft pretzels, as well as chips, beer, and sodas. Inside the venue, a second stand offering a choice of hand-crafted pizzas has been added alongside a new BBQ kiosk.

Highlights of the 2017 Hollywood Bowl Food + Wine portfolio include:

Supper in Your Seats – Available by pre-order online up to 4pm the day before a performance, Supper in Your Seats offers the choice of curated three-course dinners or customized meals from à la carte selections delivered right to your box seats. You can also pre-order complete market-fresh picnic boxes that can be conveniently picked up at the new Plaza Marketplace.

The Wine Bar by a.o.c – Boasting a wine list curated especially by Caroline Styne, L.A.’s favorite wine bar comes to life at the Hollywood Bowl and features artisanal cheese and charcuterie, signature vintner’s and farmer’s plates, grilled flatbreads, market-fresh salads, and a.o.c.-styled fish and meats. There are also craft brews and farmers’ market- driven cocktails made with soju and other wine-based liquors.

Street Food and Snacks – Authentic street foods can be found throughout the grounds of the Hollywood Bowl, including a diverse selection of the multi-cultural foods of Los Angeles from street tacos and specialty hot dogs and sausages, to confections and signature desserts at the Sweet Shop and Larder Baking Company.

Buzz McCoy’s Marketplace and Sushi – The west side of the Hollywood Bowl features its own brand of market favorites at Buzz McCoy’s Marketplace. A delicious menu of freshly made “grab-and-go” salads, sandwiches, and other, hot and cold, picnic-friendly foods, alongside the Bowl’s very own Sushi Bar, where chefs prepare premium sushi, all of which can be pre-ordered, as well as purchased on-site.

Lucques at the Circle – This is a full-service dining experience for subscribers of the Pool Circle. Showcasing a seasonal made-to-order menu and exceptional wine list styled from the award-winning cuisine of Lucques.

Please visit www.HollywoodBowl.com/FoodandWine for more information about the food and wine experiences available at the Hollywood Bowl.

About the Los Angeles Philharmonic Association

The Los Angeles Philharmonic Association, under the vibrant leadership of Music & Artistic Director Gustavo Dudamel, presents an inspiring array of music from all genres – orchestral, chamber and Baroque music, organ and celebrity recitals, new music, jazz, world music and pop – at two of L.A.’s iconic venues, Walt Disney Concert Hall (www.LAPhil.com) and the Hollywood Bowl (http://www.HollywoodBowl.com). The LA Phil’s season extends from September through May at Walt Disney Concert Hall, and throughout the summer at the Hollywood Bowl. With the preeminent Los Angeles Philharmonic at the foundation of its offerings, the LA Phil aims to enrich and transform lives through music, with a robust mix of artistic, education and community programs.

One of the largest natural amphitheaters in the world, with a seating capacity of nearly 18,000, the Hollywood Bowl has been the summer home of the Los Angeles Philharmonic since its official opening in 1922, and plays host to the finest artists from all genres of music. It remains one of the best deals anywhere in Los Angeles; to this day, $1 buys a seat at the top of the Bowl for many classical and jazz offerings. The venue offers something for everyone, from its sizzling summer evening concerts to the daytime arts festival for children, “Summer Sounds: World Music for Kids at the Hollywood Bowl.” In February 2017, the Hollywood Bowl was named Best Major Outdoor Concert Venue for the thirteenth year in a row at the 28th Annual Pollstar Concert Industry Awards. For millions of music lovers across Southern California, the Hollywood Bowl is synonymous with summer. http://www.HollywoodBowl.com

With the opening of Lucques, their flagship restaurant, in 1998, James Beard award-winning Chef/Author Suzanne Goin and award-winning Restaurateur Caroline Styne planted the seeds for The Lucques Group, a Los Angeles hospitality company that comprises two other fine dining restaurants – a.o.c. and Tavern – and four marketplace restaurants – The Larder at Maple Drive, The Larder at Burton Way, The Larder at Tavern and The Larder at Tavern at the Tom Bradley International Terminal at LAX. Along with these culinary enterprises, the company also operates Lucques Catering, the Larder Baking Company and, since 2016, comprehensive food services for the Hollywood Bowl. The Lucques Group is dedicated to seasonally influenced cooking and focuses on sourcing local, organic produce from which Goin creates soulful dishes that are bold in flavor, vibrant, layered and complex.

Sodexo Sports & Leisure, a division of Sodexo, Inc., is a premier provider to cultural destinations and event venues around the world and in the U.S. including The Jules Verne restaurant at the Eiffel Tower, the Museum of Science and Industry in Chicago, Space Center Houston, Smithsonian’s National Zoo, and the Detroit Institute of Art. Sodexo, Inc. is headquartered in Gaithersburg, MD and funds all administrative costs for the independent and charitable Sodexo Foundation – granting more than $29 million since 1999 to end childhood hunger in America. Visit the corporate blog at SodexoInsights.com. 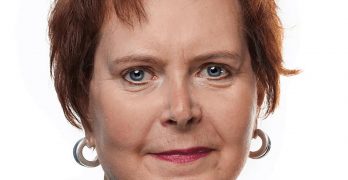