Last week, I shared with you about the seminar provided for trade and media to kick off the Paso Robles Wine Country Grand Tasting Tour held at the Newport Beach Marriott.

This week, I’ll tell you our favorites of the wines we tasted at the Grant Tasting… 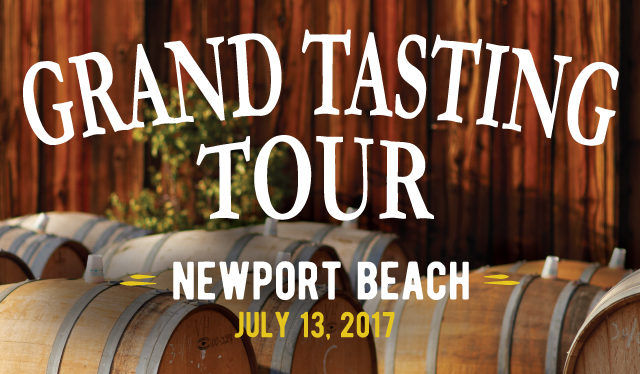 We didn’t taste at every table. These were are our favorites of the ones we tasted.

We didn’t taste everything at MCV or ONX. We probably would have more of their wines on this list if we had. But, we just reported on our visit to MCV and our article on ONX is coming up soon.

We started going to Paso Robles about 20 years ago. At that time, Zinfandel was king. Don’t get me wrong, we love the Rhones coming out of Paso, and Cab is definitely making a name for itself. Wineries like Turley, Tobin James, J Dusi and others still carry on the Zin tradition, but sometimes I think it doesn’t get the attention it deserves.

So, for this reason and also because the wines were totally kick-ass, my wines of the day were the two Gray Wolf & Barton Family Wines Zinfandels – Jackal and Big Bad.

Joe and Shirlene Barton established Grey Wolf Cellars in August 1994. Since then, the Bartons have made their winery a family-run business. Joe Senior had a vision and a dream to create great wine and do so with his family. He put on his wine labels, “A family is a circle of caring, strong and eternal.” He succeeded because he always put 100% into everything he did. Joe Senior left our pack in the Winter of 1998, but his dream and passion lives on through his family and the spirit of Grey Wolf.

I actually met Joe Junior soon after his father had passed, when the tasting room was still on Paso’s east side, at what is now Penman Springs. Joe has done amazing things with the winery and you should definitely pay them a visit.

Paso Robles has certainly made its mark on the world wine stage. I can’t help but feel that the best is yet to come.

Did you miss me? My blogs over the past two weeks were “Vintage Eve” articles as … END_OF_DOCUMENT_TOKEN_TO_BE_REPLACED