On the heels of the sold-out events in Zurich and London earlier this year, the San Francisco Matter Of Taste tour continues the global series of exclusive events for RobertParker.com members, non-members and guests. The signature event, the Grand Walkabout Tasting, will feature over 150 outstanding wines, each rated 90 or more points by Robert Parker’s Wine Advocate. This year’s themes will be Right-Bank Varieties and Global Sparkling. 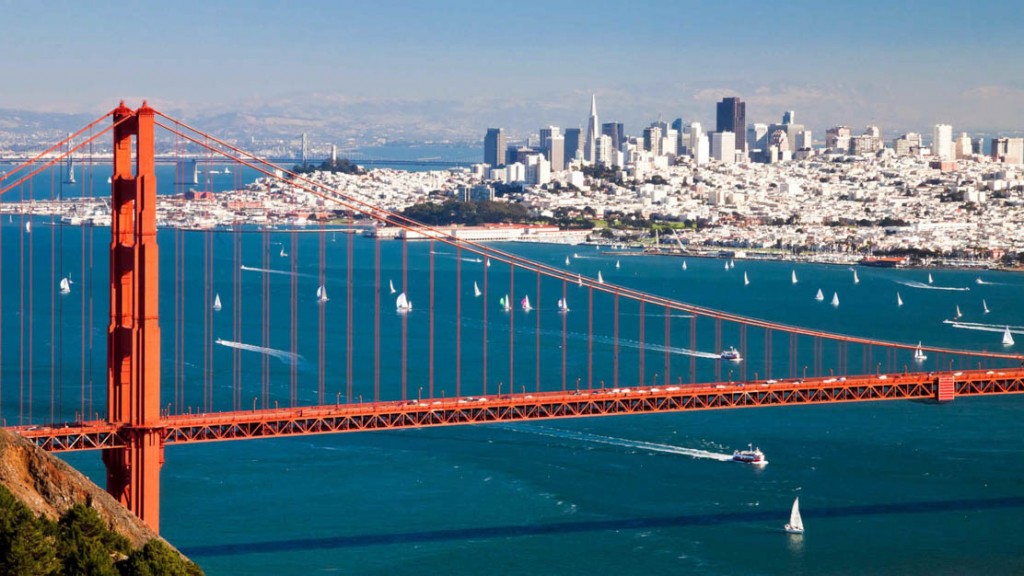 The roster of events will include a VIP preview hour, the Grand Walkabout Tasting, and exclusive rare wine Master Classes. A progression of exceptional wine dinners will take place throughout San Francisco the week of October 30, 2017, including a very special “Vérité Winery Retrospective & Dinner” on November 3, 2017, hosted by Lisa Perroti-Brown MW and Vérité Winery’s Hélène Seillan at Spruce restaurant. The “La Paulée” Grande Finale Dinner, The Ultimate Hedonist’s BYOB Dinner, November 4, 2017, will conclude this extraordinary week, with guests invited to bring up to three bottles of their favorite “90 RP points or above” wines to share with fellow subscribers and members of the Robert Parker Wine Advocate review team. Set in the 12th floor Penthouse of the City Club San Francisco, a sumptuous sit-down, four course haute-cuisine menu will make this an extravagant feast not to miss. Seats are limited and will be available on a first come, first served basis. This is a rare chance to participate in a true Hedonist’s Gazette dinner with incredible vintner hosts and reviewers Neal Martin, Monica Larner, and Lisa Perrotti-Brown MW.

Wine Advocate reviewer Neal Martin will be hosting “The Best of the Best: South Africa,” focusing on the very best wines of South Africa. The tasting will focus on the artisan South African winemakers, including rare and coveted wines from renowned growers such as Eben Sadie, Chris and Andrea Mullineux, and Bruwer Raats. In addition, Martin will be leading “Right Bank Legends: Rive Droite 2009, 2010, and 2015.” This tasting will examine three exemplary estates from some of the finest terroirs on the Right Bank: Belair-Monange in Saint Emilion, and La Fleur-Petrus and Trotanoy in Pomerol. Attendees will have the opportunity to compare each one from some of the finest vintages of the last 20 years: 2009, 2010 and a preview of 2015. Christian Moueix and Tod Mostero, Winemaker, Dominus Estates, will be in attendance offering insights into these wines and vintages.

Monica Larner, Wine Advocate reviewer, will lead “Italian Cabernet Franc: The Mighty French Grape Finds an Ideal Home in Italy,” where Cabernet Franc expresses its inner Italiano in this fascinating collection of wines. This stubborn grape from France finds a perfect home in the laid-back and sun-drenched vineyards of Italy, discovering its secret soul along the way. Find out why Italy and Cabernet Franc are a match made in heaven. Larner will also lead, with proprietor Luca Sanjust, “A Retrospective of Petrolo’s Galatrona: An Iconic Merlot from the Heart of Tuscany,” a tasting of the 2004, 2006, 2007, 2008, 2009, 2010, 2011, 2012 and 2013 vintages. In addition, Larner will host, with proprietor Antonio Capaldo, “A Retrospective of Feudi San Gregorio’s Patrimò: The Wine that put Southern Italy on the World Wine Map,” a tasting of the 1999, 2001, 2005, 2006, 2009, 2010, 2013 and 2015 vintages. For a complete list of featured wines as well as tickets for the Grand Walkabout Tasting and all six Master Classes and dinners, please visit www.a-matter-of-taste.com.

“Our members are some of the most passionate and knowledgeable wine consumers in the world. Matter of Taste is the perfect opportunity to share with our members a world-class wine experience they’ll cherish forever,” enthuses Perrotti-Brown.

The Matter of Taste wine experiences began in 2014 and have been in Singapore, Kuala Lumpur, London, Chicago, Macau, Miami, Manila, Jakarta, Napa, New York, and San Francisco. Matter of Taste moves to New York on December 3, 2017.

Annual members of RobertParker.com are entitled to discounted tickets ($120 through October 21, 2017) to the Matter of Taste Grand Walkabout Tasting. Non-member discounted tickets ($180 through October 21, 2017) include a one-year membership to RobertParker.com and access to over 500,000 professional wine reviews and articles. A limited number of early entry VIP passes are available for an additional $100. All Master Class prices vary between $100 and $250 depending on the class. Further details and booking information are available at www.a-matter-of-taste.com.

For more than 39 years, The Wine Advocate, and later RobertParker.com, have been the global leader and independent consumer’s guide to fine wine. The brand was established by the internationally recognized Robert M. Parker, Jr., the only critic in any field to receive the highest Presidential honor from three countries – France, Italy and Spain. Robert Parker Wine Advocate provides a wealth of information to its subscribers, including a searchable database of more than 300,000 professional wine ratings and reviews, in addition to articles, videos, daily news content, online retail availability and pricing, an active, professionally moderated bulletin board, a mobile app for easy access to the comprehensive online database of reviews, and much more. For more information, visit www.RobertParker.com.

The Takeout: Smoky Cocktails You Can Make With Any Grill "When I have nothing … END_OF_DOCUMENT_TOKEN_TO_BE_REPLACED