Starting the Rhone Ranger event with the seminar was a great way to kick off the day for Karen and me. The seminar was moderated by Patrick Comiskey, wine writer for the Los Angeles Times as well as Wine & Spirits magazine. In addition, soon after you read this, Patrick’s book American Rhone: How Maverick Winemakers Changed the Way Americans Drink should be available – I am very much looking forward to this. 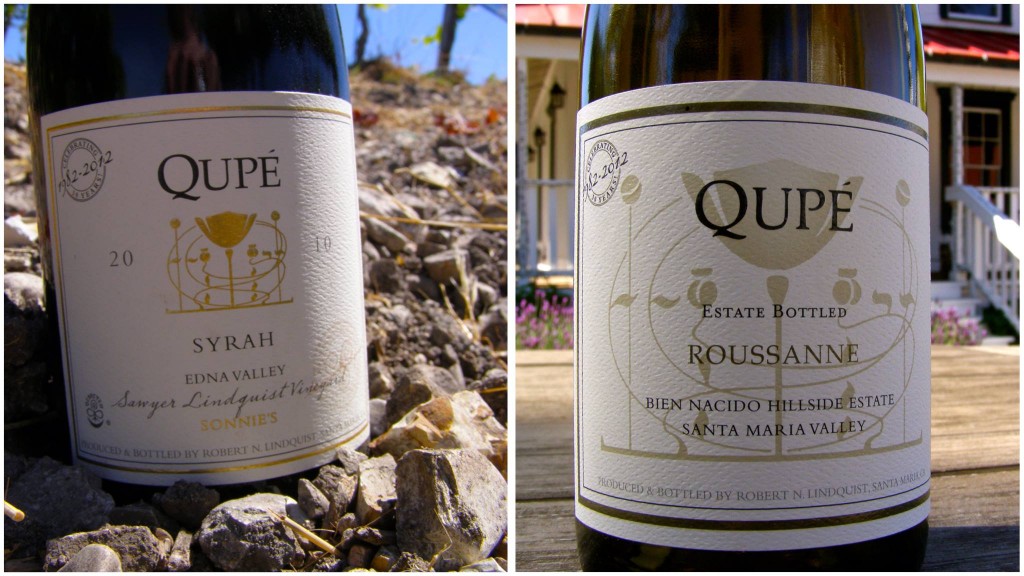 Panel participants and wines tasted were:

Seven wines in total, three whites and four reds – all blends. Patrick noted that “California has always been all about the blend.” Larry’s aim was to show off the Roussanne. William, whose wines [to me] tend toward subtlety and require the taster to pay attention, was inspired by the Northern Rhone while Jason took his inspiration from the Southern Rhone valley. Kale said that the McGah Vineyard had the only Rhone grapes in Rutherford; I think this is the most massive Grenache-driven wine that I have ever tasted. Michael expressed that he enjoys making blends because he gets to be an artist.

Bob’s Rhones were gateway wines for me back in the day, when I was first introduced to Qupé by the late great Bob Senn in Los Olivos. [Bob Lindquist and I shared a toast to Bob Senn when I visited his table later at the Grand Tasting.] Bob also said something at the seminar that really resonated with me. Bob explained that Grenache is oxidative while Syrah and Mourvedre are reductive in nature, which is why Grenache brightens up the often closed-in flavors of the other two and a primary reason that traditional GSM blends work so well.

Last but not least, David’s Syrah/Grenache blend from an iconic property was another great example of how these two varietals work so well together and a delicious way to wrap up the seminar.

On to lunch, which was out on the patio on a beautiful summer day, to enjoy a buffet of chilled chicken, wild rice salad, seasonal veggies and cookies along with an assortment of white and rosé Rhone wines. A plus was hobnobbing with some of the winemakers who joined us for lunch, such as Kale Anderson of Kale Wines, Randall Grahm of Bonny Doon as well as Craig Jaffurs and Matt Brady of Jaffurs Wine Cellars. I especially liked the Jaffurs Grenache Blanc and the Withers Winery Rose, but there were lots of others there too. My favorite though was the Bonny Doon 2013 Vin Gris Tuilé, a “solarized” pink wine (a wine that had been set out in the sun in glass carboys for several months).

It was now time to head over to the Grand Tasting, being held inside spacious Herscher Hall. 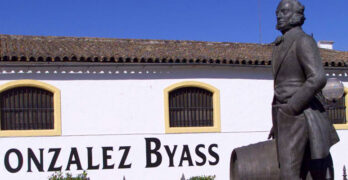